I absolutely adored Supernatural the first time I saw it. Think back to a time before streaming. When Netflix’s subscription wasn’t based on how many streams you got, but deciding how many DVDs they sent you at a time. Someone I knew pulled out their season 1 DVD set and said “We should watch this, you’ll like it.” Holy crap. I did. I got in when season 3 was coming out so I was able to binge the previous seasons while I eagerly waited for it to start. I scheduled my TiVo and well here we are now, crochet Supernatural dolls.

The first 5 seasons I think were marvelous. I don’t think you’ll find a lot of people that disagree with this statement. They had a general plan and a clear direction they were trying to go. It all felt… complete. I continued watching up to the… I think 10th season. I remember the Mark of Cain, but I’ve only seen the season once and it’s a bit foggy remembering the details.

I think what happened to Supernatural happens to a lot of TV shows in their later years.. and that is repetition. There’s only so much you can do; can you really fill 15 seasons with 100% original content? No way. How many lessons and character growth can you actually have throughout? Once you fix the big ones.. what is left? Well you fall into this sort of void where you can’t solve the fact that Sam and Dean don’t talk to each other because where would the drama come from? You can’t solve the fact that Sam and Dean sacrifice themselves for each other over.. and over… and over… because again where’s the story? Sure you could try something new, but most are not willing to risk angering their fans.

Regardless, I think it’s a testament to the fans that the show lasted for 15 years. That is crazy! And I think Supernatural will definitely go down in history as an amazing show. 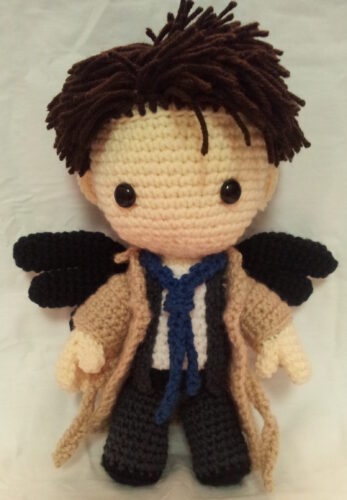 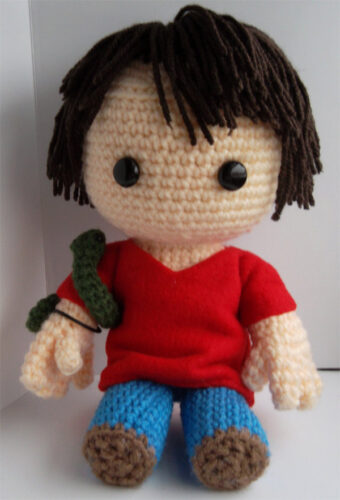 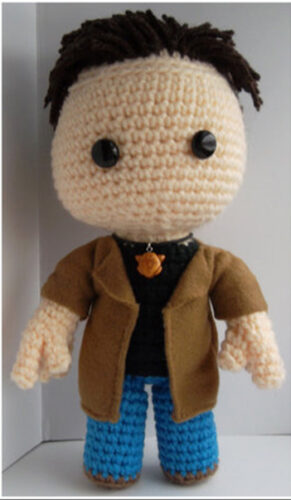 Dean and Sam - The Early Years

Some of my first Supernatural crochet dolls! I was still trying out clay and fleece! I based Sam’s outfit off of the season 6 DVD cover. We have the snake, with wire, crawling up Sam’s arm. I hand stitched his red shirt! First time I have ever sewed doll cloths before.. or really anything now that I think about it. Dean is based off of earlier seasons with his leather jacket, hand stitched as well. He also is still rocking ..a best attempt of his famous necklace in clay.

I was having trouble with hair and styling. I wish I could say I have tips now, but god do I still hate doing hair. I’m working on a few new techniques with my newer dolls. Desperate to get away from the single strands. Ha.

My second Dean really showed my growth. They were a few years apart and this Dean was modeled after the LARPer episode with Charlie. It was rare to see Dean take the day off from being a serious hunter and these types of episodes sprinkled in with all the doom and gloom was just perfect.

I love commissions that take a single moment from a fandom. I don’t know why, but it feels like a better way to hold onto a memory or feeling. I know that sounds crazy. Anyway, I had a lot of fun with Dean here. Especially with trying to make the chainmail. I think I pulled it off fairly well. But most importantly, I think I nailed his hair. Ha. 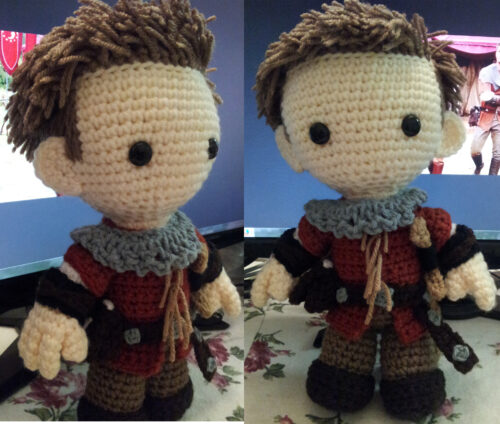 Castiel’s introduction in the show was so incredibly bad ass. Adding angels raised everything to the next level. And while I have complaints on where some of the angel story lines went, in the beginning it was great. I modeled my Castiel crochet pattern (available below) from his entrance. The black wings. The trench coat. All of it. I have always said I would do more Supernatural crochet patterns, but my patterns tend to follow my current interests. If I rewatch Supernatural anytime soon I’m sure there will be more patterns to follow.

All of my boys were created using this pattern as a base. This pattern includes a 4 paged PDF with 9 detailed pictures for you to created your sackdoll with ease. Also included is a 26 minute step by step video tutorial! Check out my Portfolio to see all the dolls I’ve created from this base pattern! 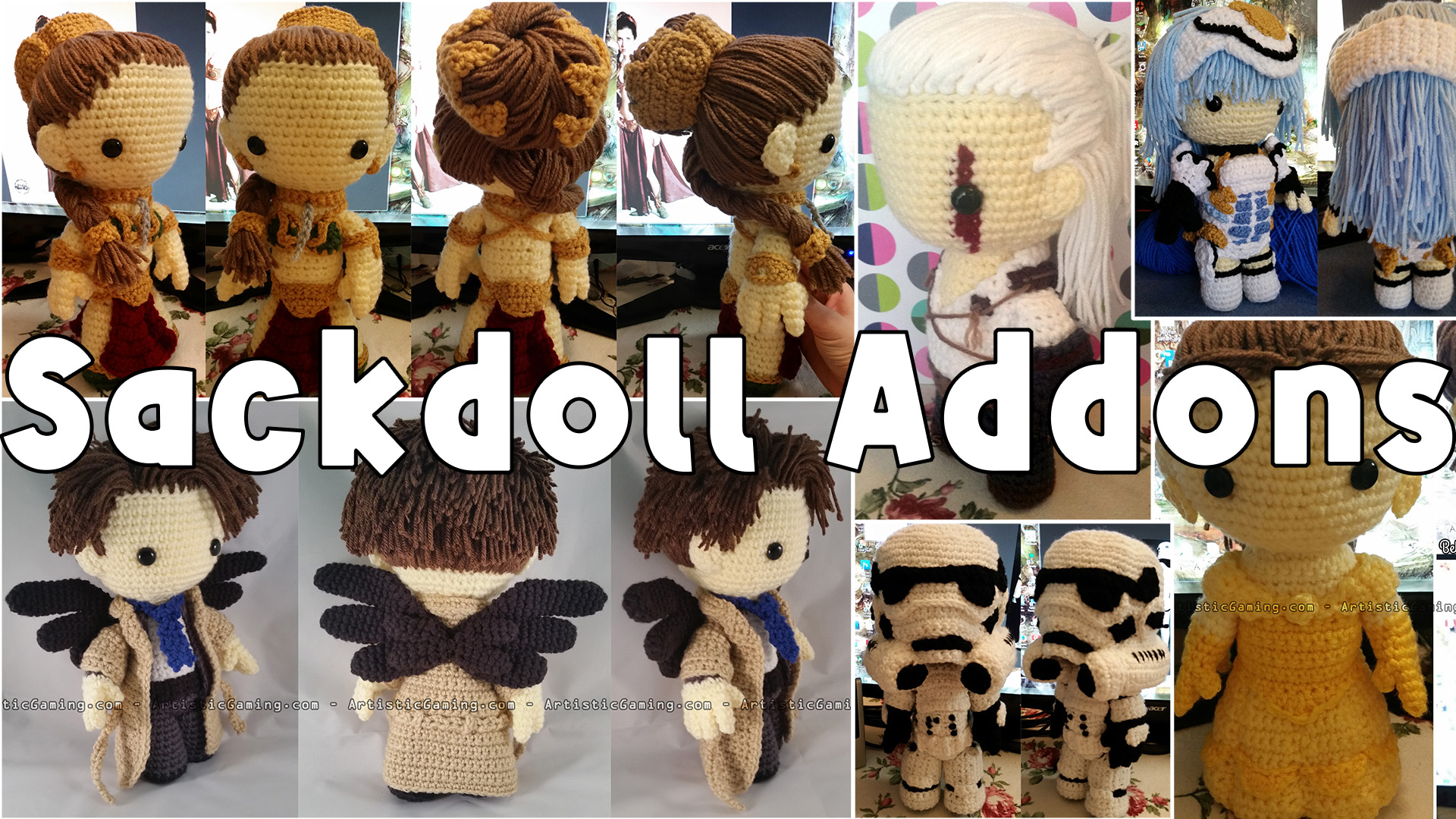 This pack includes all of the patterns for sackdolls that were previously available on my Patreon. They are no longer available there so instead they are offered here for anyone that wishes to still obtain them. These patterns are ADDONS you will not be able to complete these dolls unless you also purchase the Base Body Pattern.

Each pattern has lots of detailed pictures to help you along!

3 Comments
Most Voted
Newest Oldest
Inline Feedbacks
View all comments
We are moving web hosts! Which means there may be some downtime while everything gets moved over. Much love <3 and Happy Holidays!