I feel like I repeat this story a lot so I apologize ahead of time. I credit Legend of Zelda Ocarina of Time for my love of video games. Don’t get me wrong it wasn’t the first game I ever played. Definitely played all the classics: Mario, Duck Hunt, Sonic, etc. But Ocarina of Time was different. The story drew me in, the puzzles were fun and interesting, and it honestly was just a lot of fun. So, of course, I would have some Legend of Zelda crochet. Now, the downside.

We didn’t own it. And that was a big problem and became a point of contention between my younger brother and I. You see every so often we were allowed to head down to our Blockbuster and rent 1 video game that my brother and I had to agree upon. Now, for a long time I was able to convince my brother that Ocarina of Time was obviously the game we would be renting. 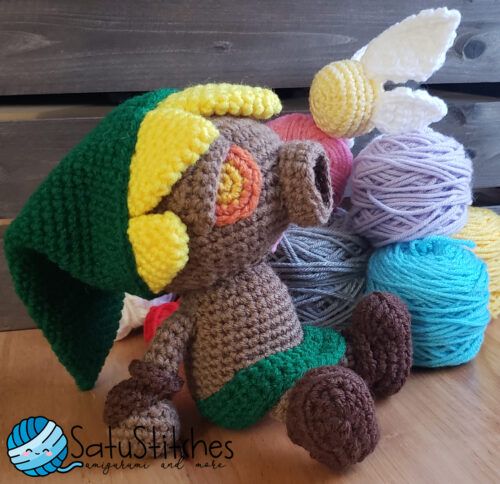 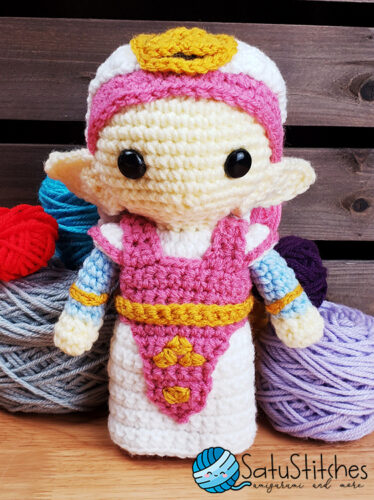 We could not figure out how to get into Jabu-Jabu’s belly. I know! I know! We were young and stupid. So we would continue to rent it and hit this wall. After some time, my brother finally refused to rent Ocarina of Time. “We can’t get into the stupid fish!” he yelled at me in the store. Fine. We’ll rent something else.

The next time we went grocery shopping at Walmart, we would be allowed to go to the electronic part of the store and play on consoles or what have you. Jokes on you Ocarina of Time, I found the strategy guide. So I read through it in the store and found out we needed A STUPID FISH to get that guy to open is mouth and let us in. I tell my brother, and that’s that. We started renting it again until we finally beat it.

I was looking through my photos and I am surprised I haven’t done all that much Legend of Zelda crochet. I made a young Zelda because despite her not being in the game that much I adored her. She was adorable, smart, and brave. I also made cute Deku Link. I’m probably in the minority, but I did actually like Majora’s Mask as well. I do remember feeling bad about not being able to complete some quests every time.. there was like a quest that saved a dad? or saved a couple? that I tried to make sure I did every reset because I just felt bad if I didn’t.

I need to do more Legend of Zelda crochet… Every time I think about doing something I remember telling myself that I’ve already done Zelda stuff too much and I should do something else. What a lie I told myself! Definitely need more. 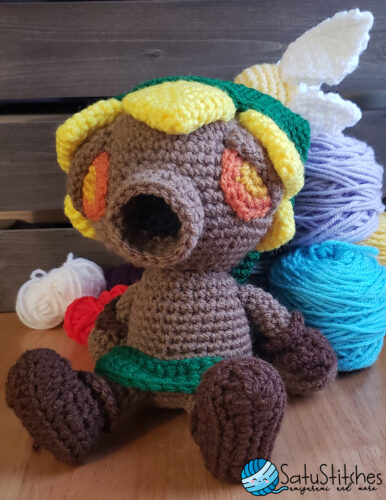 Deku Link is a free pattern available right here on the site. 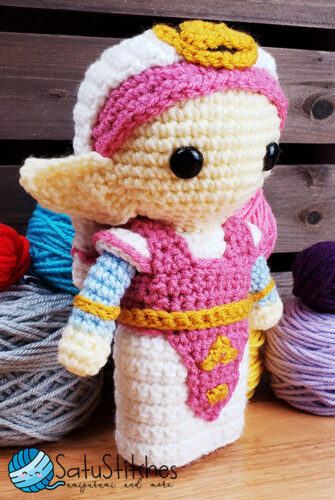 Young Zelda is also available for free! You can follow the pattern for her here. 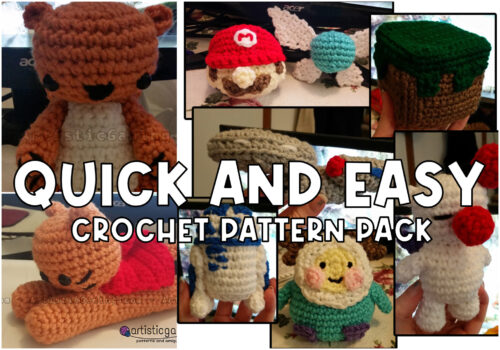 If you’re looking for a quick afternoon project I have a Quick and Easy pack that includes Navi and an Anouki Tribesman!

© 2022 SatuStitches. All photos, designs, and patterns are copyright of SatuStitches unless otherwise noted. Do not repost or claim my content as your own. This site displays third party ads and contains affiliate links.