I was a latecomer to the world of Final Fantasy. My first game in the series was Final Fantasy 11. I fell in love with the game quickly. It was my first MMO and I still have nostalgia goggles when I think back on it. I loved the monsters, the overall story, music, and at the time the graphics were amazing. I became obsessed with the game, almost to the point of addiction. I played every day. I was rarely commissioned to do Final Fantasy dolls. So just about every Final Fantasy crochet piece I’ve done was created out of love.

Since I enjoyed FF11 so much I was given FF8 and FF9 immediately after. With FF8 came my love for Rinoa and Squall’s emo butt. It makes sense that they were some of my first Final Fantasy crochet dolls. I still want Rinoa’s angel wing outfit. I don’t even care if it’s out of fashion right now. I will take one, please. …Oh god I could probably crochet one. Oh no. 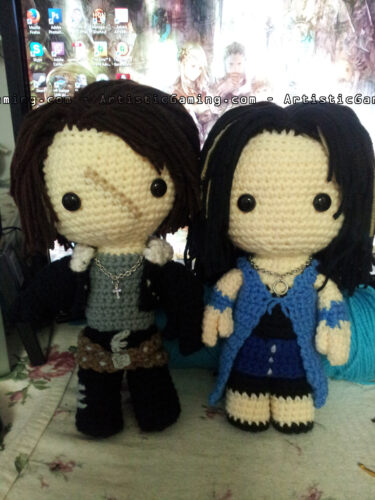 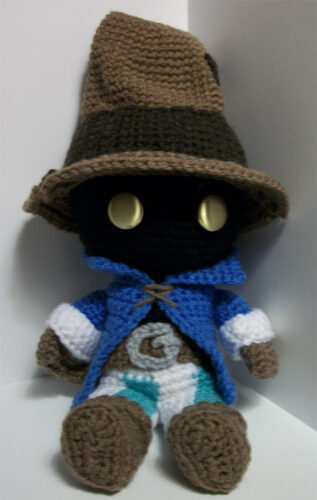 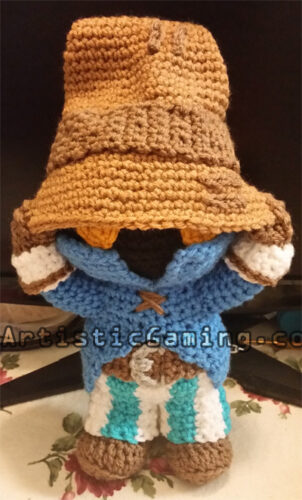 While FF9 didn’t make it into my top games of all time I adored Vivi. I mean who doesn’t? I think Vivi was the first Final Fantasy crochet doll I ever did. We’re using my sackdoll pattern for the base and my god that hat required so many stitches. Every time I got an order for him I sighed once I got to the hat. Ooof. I think with the hat he ends up being around 15″ tall. Turned out great though.

My second version of Vivi doesn’t use the sackdoll pattern, but was a cute little.. chubby guy. Haha. He’s doing a classic pose of pulling down his hat. And I wish I could say that his hat isn’t as big.. but then he wouldn’t be Vivi would he?

Since I was so obsessed with Final Fantasy 11, when they announced their new MMO Final Fantasy 14 I jumped on that ship. I pre-ordered the collector’s edition. I sat ready and waiting when it released. And it.. was well you know terrible. Haha. We got our reboot though in 2013 and even today in 2022 it is still a growing MMO. That’s crazy. It’s amazing. An MMO with a monthly subscription that is still growing in unique players is an amazing accomplishment.

I didn’t really do many Final Fantasy commissions. So unfortunate! So I had to create my own little Final Fantasy crochet creations. First up, the Tonberry. There’s something about cute little creatures that want to stab you that I just relate to. They’re my spirit animal. You can create your own from my Tonberry pattern. 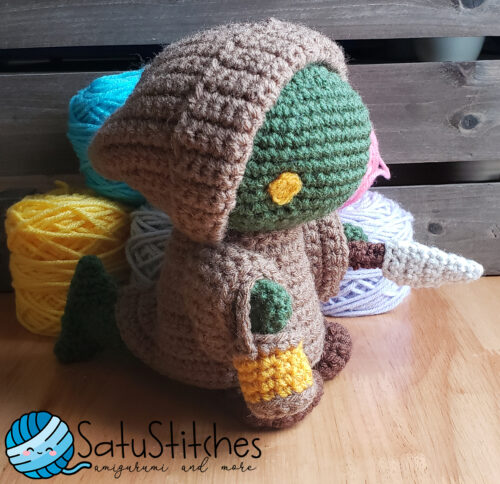 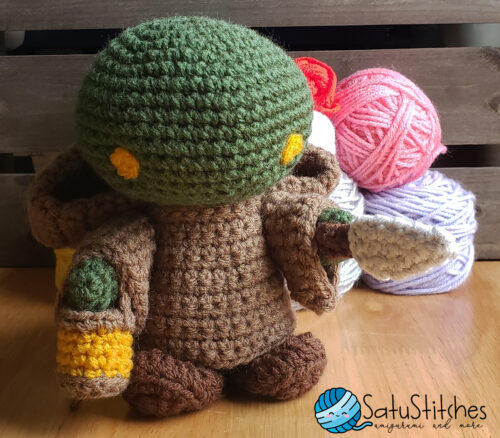 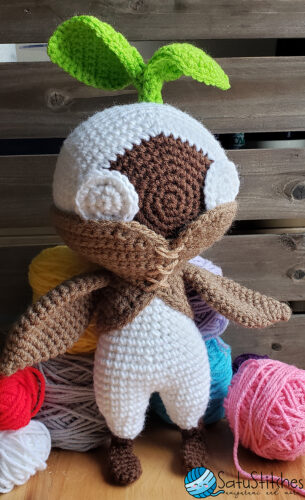 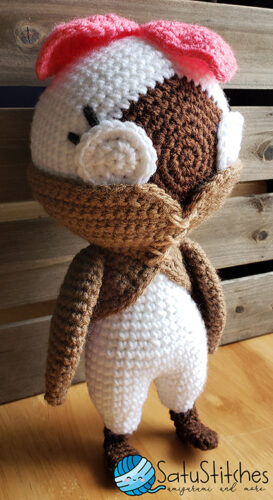 What is it about mandragoras? I absolutely love them. This design originated in Final Fantasy 11 and they are just so cuuuuuute. I remember fighting them for the first time in the jungle in FF11 working hard after getting an airship pass! Ugh nostalgia. I was so happy when I finally was able to level there. This was my favorite place to level, especially as a bard. So this is version 2 of the original mandragora pattern that I did. I smoothed it out, now the body is all one piece except for the arms and I think it makes it look 10x better. While the nostalgia is from 11, these guys are designed around their Final Fantasy 14 counterparts. 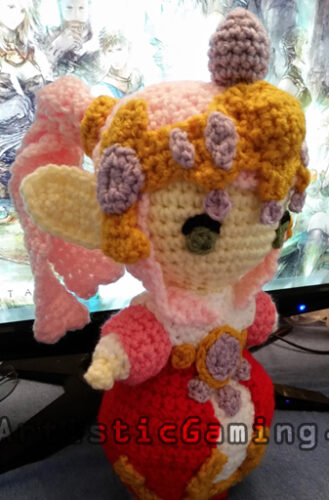 Did I mention I was a Lalafell? Best race. They can make the cutest cosplays! I loved running around as a goblin, wolf, or chubby little chocobo. One of the first commissions for Final Fantasy I had was a cute little Lalafell Summoner. My favorite class until they changed it. I mean, to be fair, I didn’t really put in much effort and was still doing ridiculous damage. So I get it… kind of. Anyway, Along with the Lala we had a Carbuncle to make!! So cute! This was the first iteration, but I did end up creating a pattern later for the Carbuncle.

Speaking of Lalafells, Nanamo has to be mentioned. My queen. Haha. She is just so stinkin’ cute. I had to make her. I had to base her outfit on her minion because her actual outfit is just too detailed to make in that size. She’s so tiny that you can put her on your own shoulder. Just velcro her down. Easy. 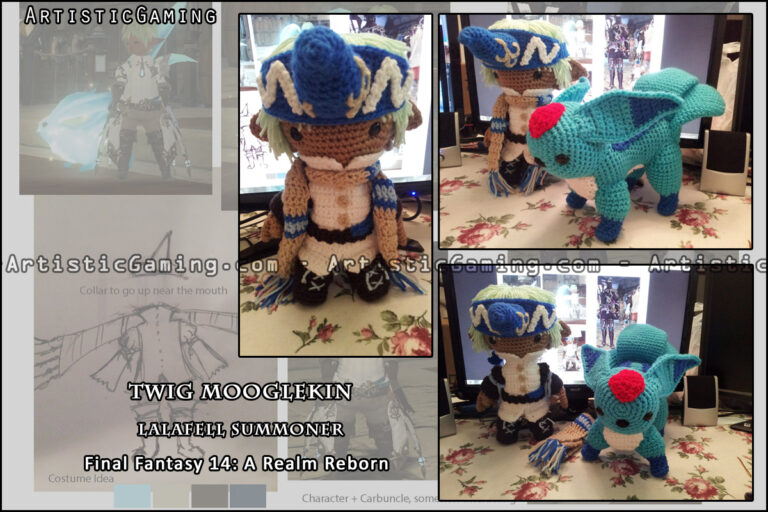 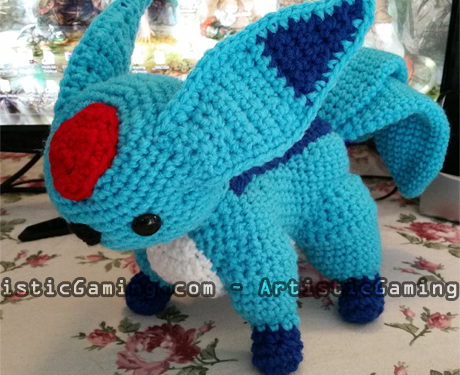 Moogles, Chocobos, and Ultros... Oh my. 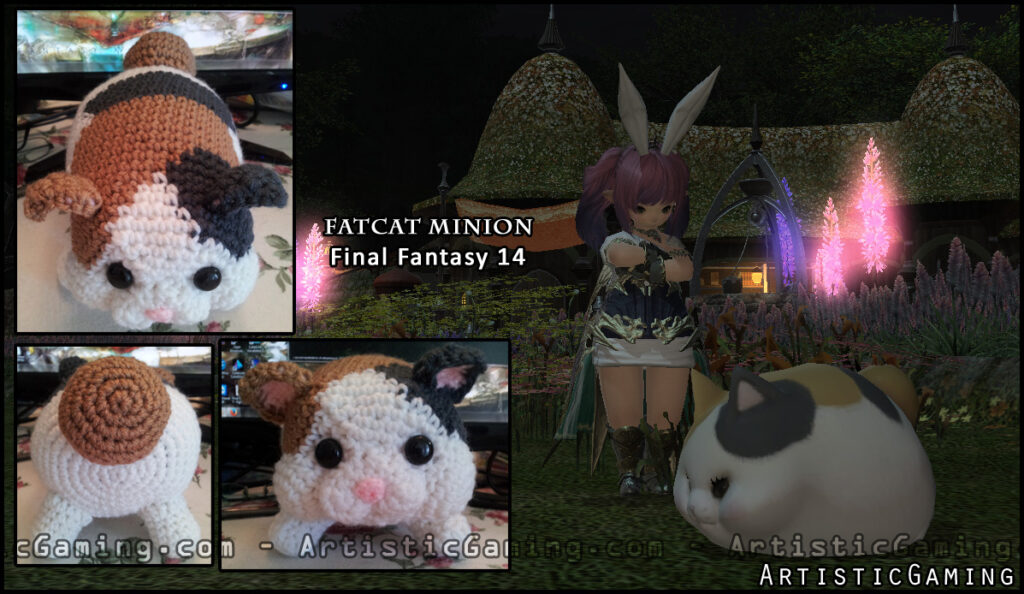 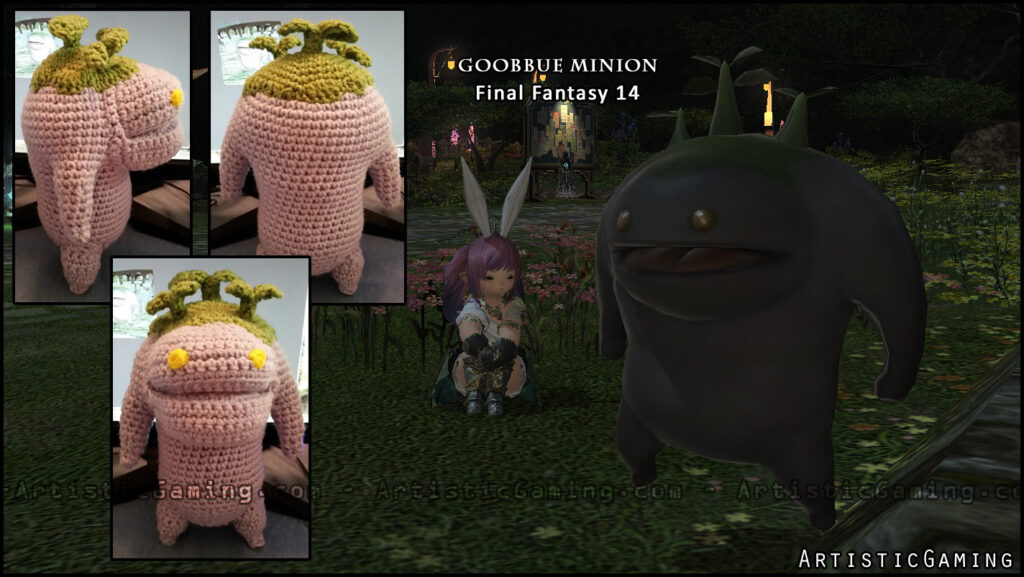 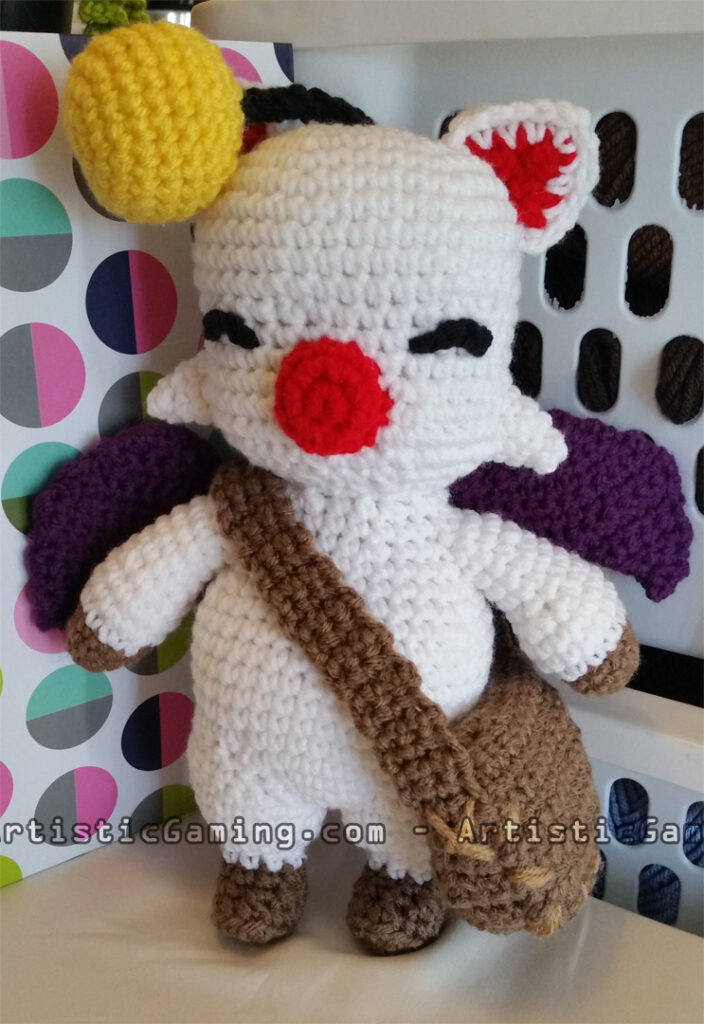 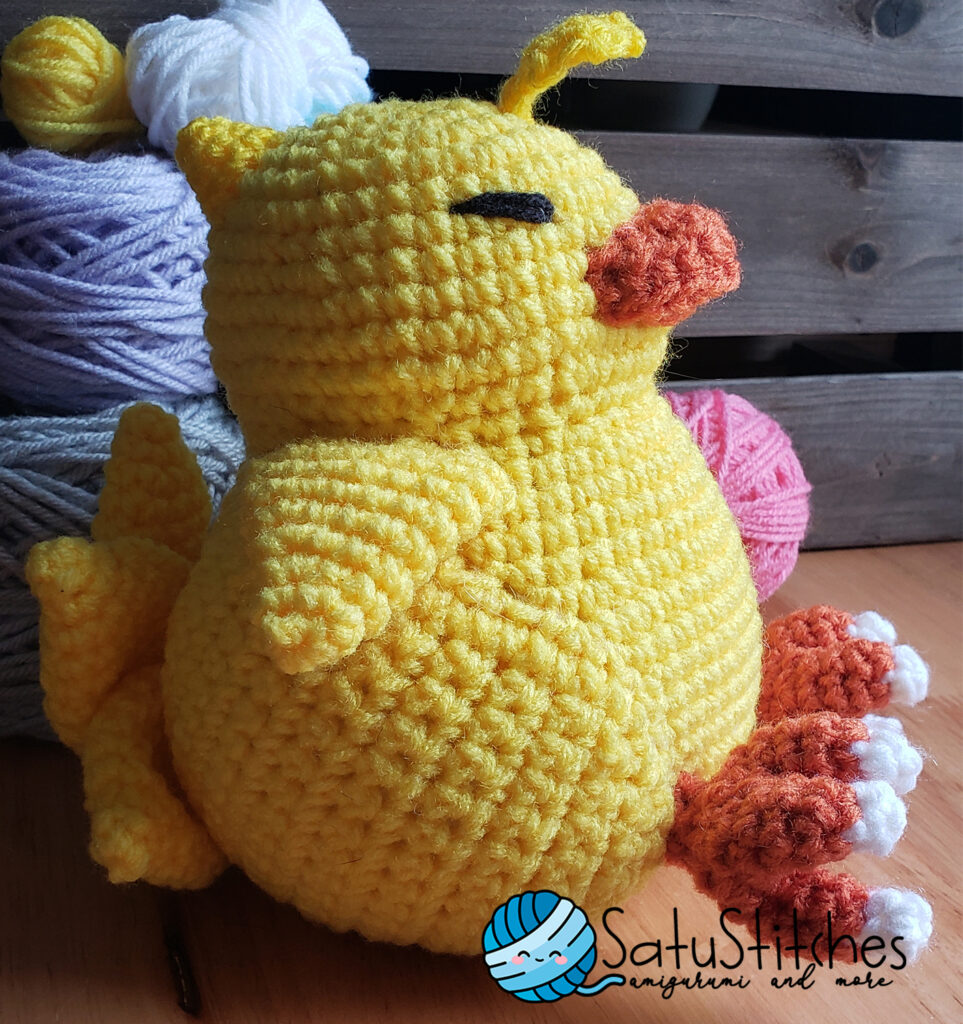 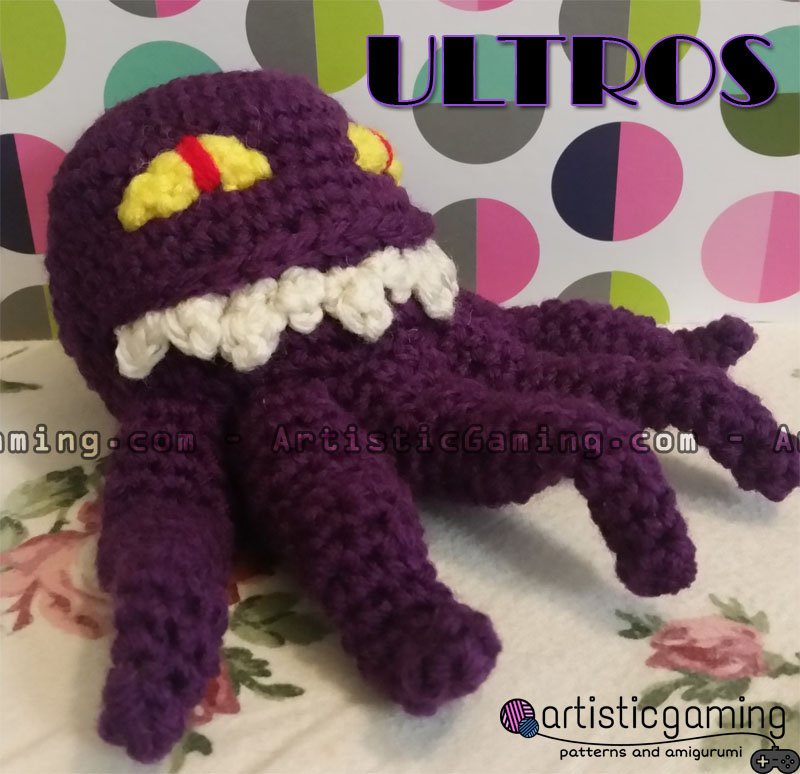 Let's move on to something a little smaller....

I’ve recently made a come back to crocheting and I decided to try something new. I created some new base patterns and I decided to see just what I can do with the size. I surprised my husband with his Final Fantasy 11 character. We played together for years and years before we met up later in life so it will always hold a special place in our hearts.

I found working smaller was a huge challenge for me. I normally create huge dolls, often without meaning to. So forcing myself to work smaller was interesting and honestly rewarding. I plan on releasing more patterns of dolls this size. 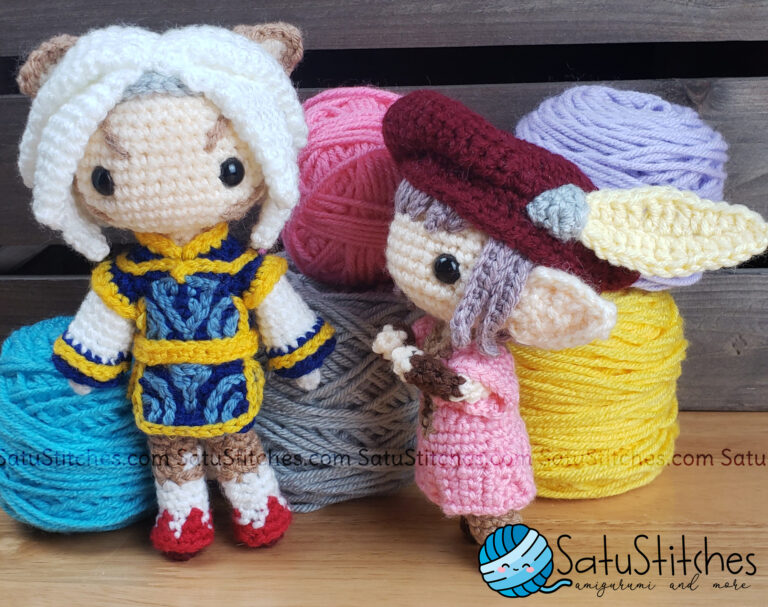 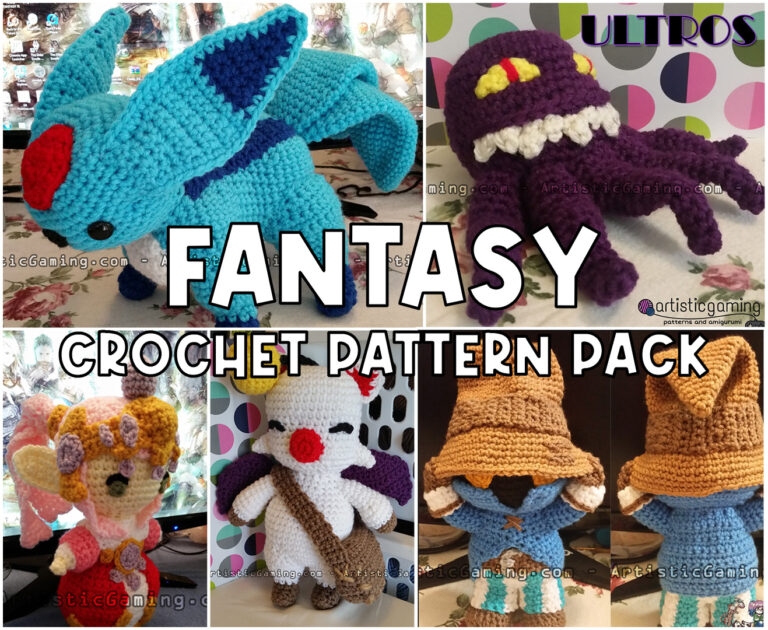 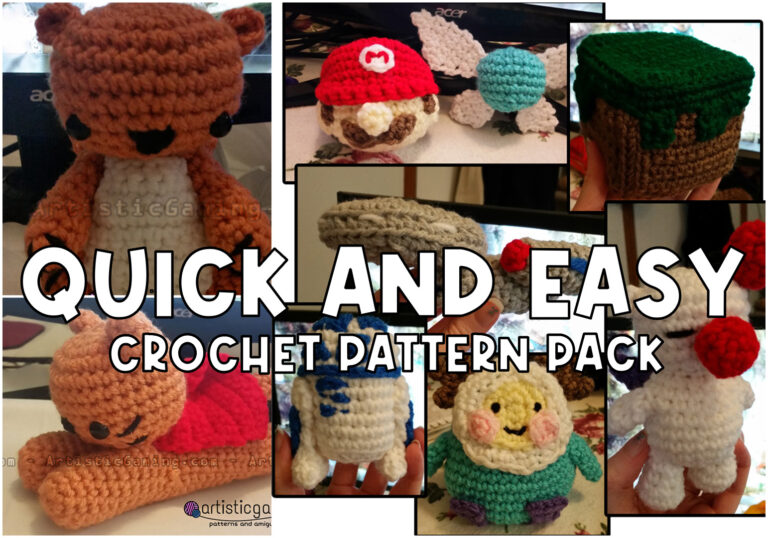 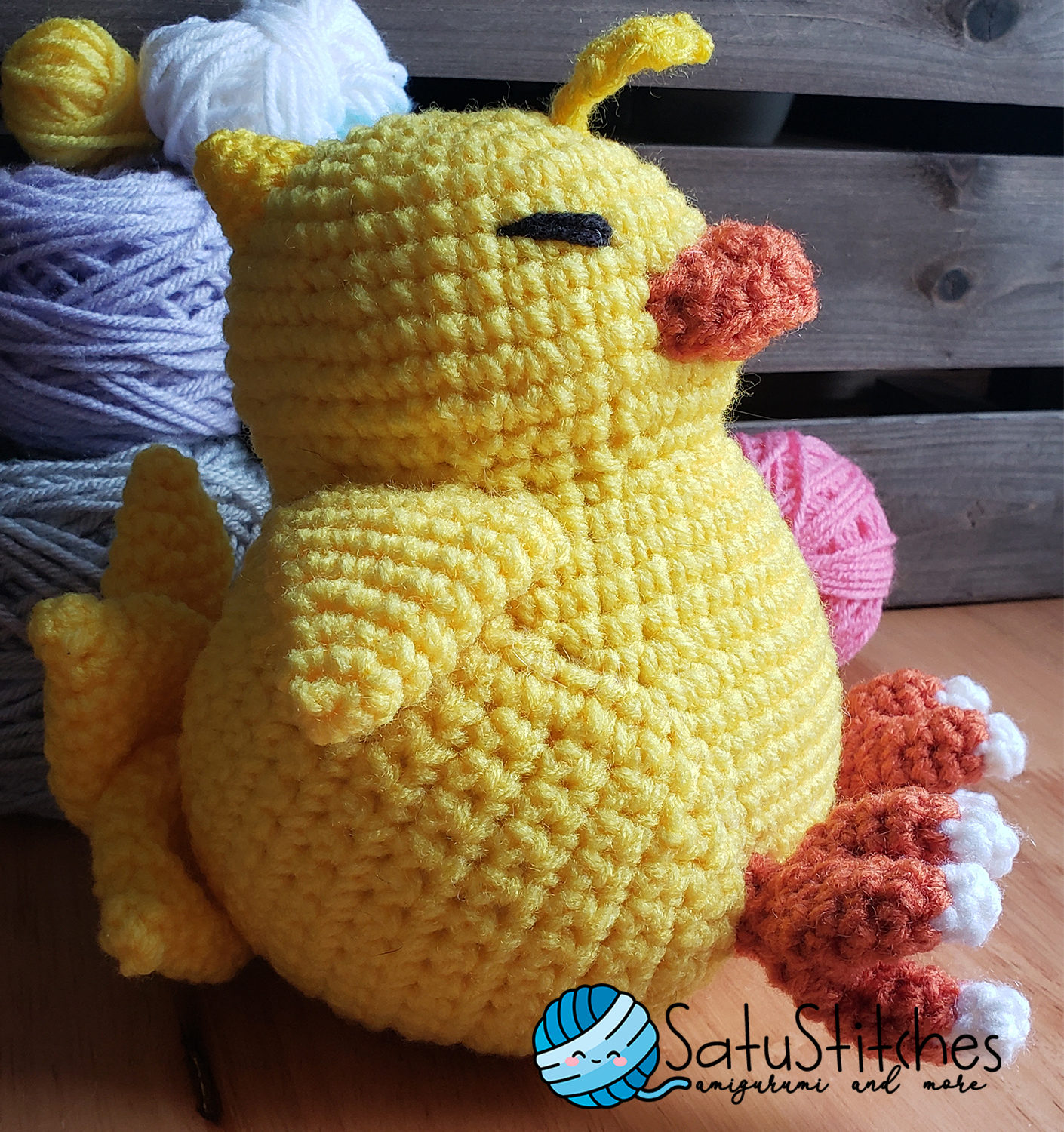 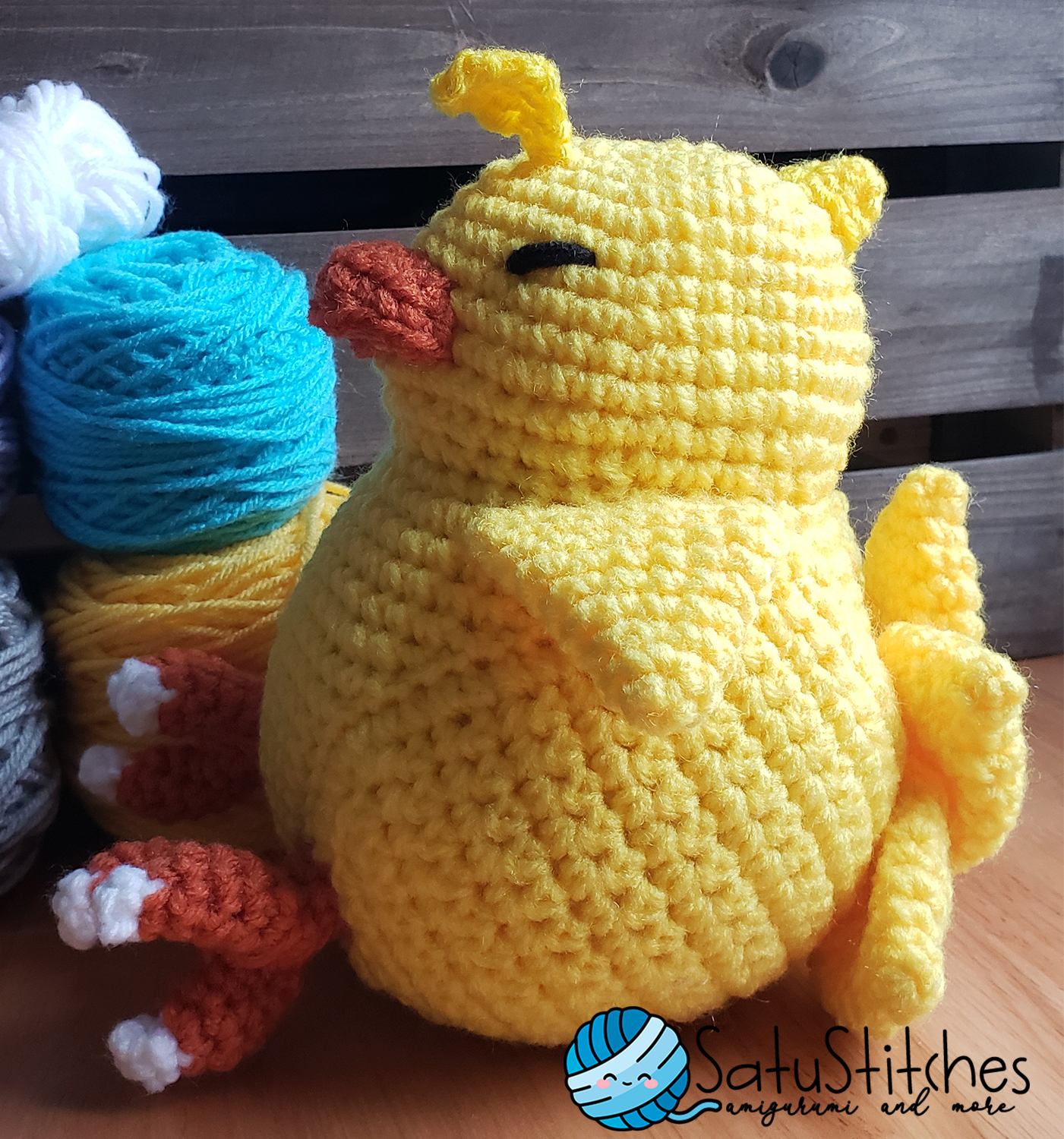 This Fat Chocobo pattern is an updated version and is available for free!

This Mandragora pattern is an updated version and is available for free!

This Tonberry pattern is an updated version and is available for free!

© 2022 SatuStitches. All photos, designs, and patterns are copyright of SatuStitches unless otherwise noted. Do not repost or claim my content as your own. This site displays third party ads and contains affiliate links.