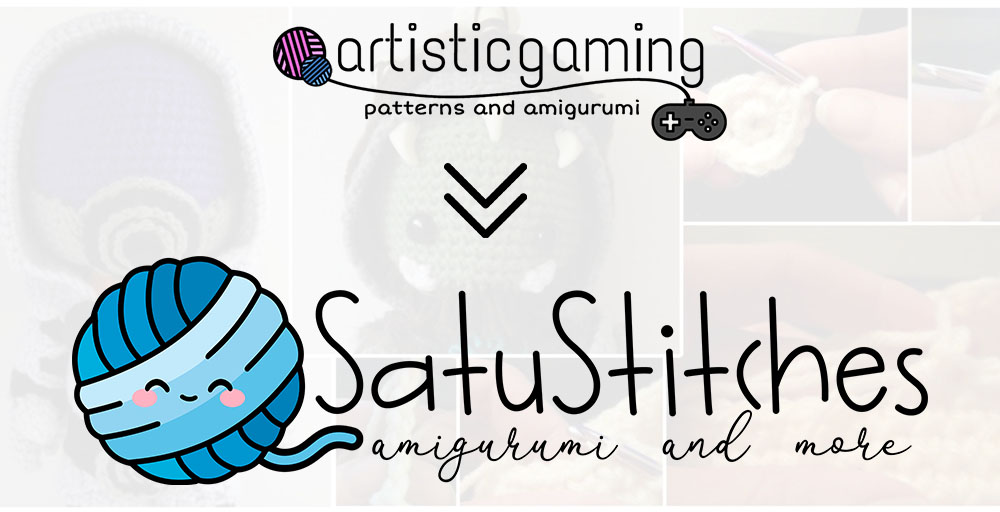 ArtisticGaming is now SatuStitches. We have a lot to catch up on!

So a few years ago I took a break from crocheting and the website. I was pumping out a pattern every month for Patreons and I ended up burning myself out. My work began slipping and I just really wasn’t enjoying crocheting anymore. So I decided to go back to school. I loved it! I finished up my associates and I planned on taking a break for about a year to work so I could finish up my degree. I was working for about 8 months before Covid hit. Everything was shut down and I was in a holding pattern. I didn’t want to finish my degree online. I don’t learn well online. It just feels like I go through the motions instead of actually learning anything. And my god, if any of you had the online discussions in college… they are… just the worst. So I slowly got back into crochet. I showed off a few dolls I was working on, but I pushed too hard again. I was surprised how quickly the burn out came. I thought I could just go full speed again, but I was very very wrong. It was so very frustrating.

So I dabbled in other hobbies and crafts. I played around with gaming content creation which really helped with learning how to edit for YouTube videos. I dabbled into beading and embroidery. I played around with stained glass work. All a lot of fun and hobbies that I am continuing. After all that I decided to give crocheting another go. This time, I took a break from creating my own patterns. Instead I found a few patterns online and wow! It was amazing! I didn’t realize how much I missed making something from a pattern not my own. I was learning new stitches, new techniques. There was a pattern for a cardigan that I picked up. Absolutely gorgeous pattern. I’ve never done clothing before. I was excited to give it a go and share it with everyone, but then I paused. 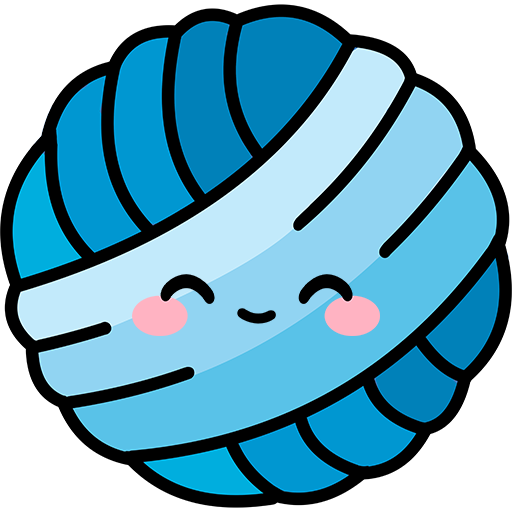 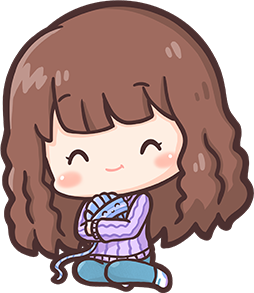 Why the name change?

Making the things that I was making wasn’t very.. “on brand.” There was nothing geeky or gaming related with it. So, I sat on this a little bit. I went back and forth on whether it mattered or not. I realized that I made ArtisticGaming more than 10 years ago. And while I look back on that time and the amazing opportunities and people that I have met through it fondly… it just didn’t feel like me anymore. I began thinking about what I wanted with this. And maybe starting over with new expectations for myself and the site would be a good thing. So many new things are happening in my life right now, and after the pandemic I know a lot of us just want a fresh start. I knew I wanted the new name to have something to do with crochet and since I was doing embroidery and beading recently Stitches just fit. Satu is an alias that I have gone by before. Back when you would randomly generate names for WoW characters or something, I had a generator that would pull names from other languages. Satu popped up and it is apparently a popular name in Finland! It supposedly means creative and fairy tale. I always think of those baby books when I see what names mean. I’m sure it’s completely accurate. Haha. Regardless, it has stuck with me for over 20 years and I use it every so often. And so, SatuStitches was born.

Will I still do geeky and gaming related items? Of course! Gaming will always be a hobby for me and I can’t imagine never mixing the two. But I would also like to branch out and do other things as well.

When I went back to crochet at the beginning of the pandemic I was working on new patterns, but I was also going back to old patterns and updating them. And when I got burned out again I realized that I just have a hard time regulating my hobbies. I tend to go full force into something, get burnt out and leave it for months while I go full force into something else, and well you can see the cycle. I did really try to regulate it. “You can only crochet a few hours today. You can only crochet 10 hours this weekend.” That didn’t work at all. When I feel inspiration and get into that creative drive I just can’t stop myself. While I was doing it I was so happy, but afterwards I would get so angry with myself. My brain just refuses to regulate.

So we’re gonna try something new. I am going to enjoy my creative drive. And when I stop. I stop. I’ll feel that drive again eventually. So that means that you guys may get 10 patterns randomly, and then nothing for 2, 3, 4 months. And I’m sure you guys understand. 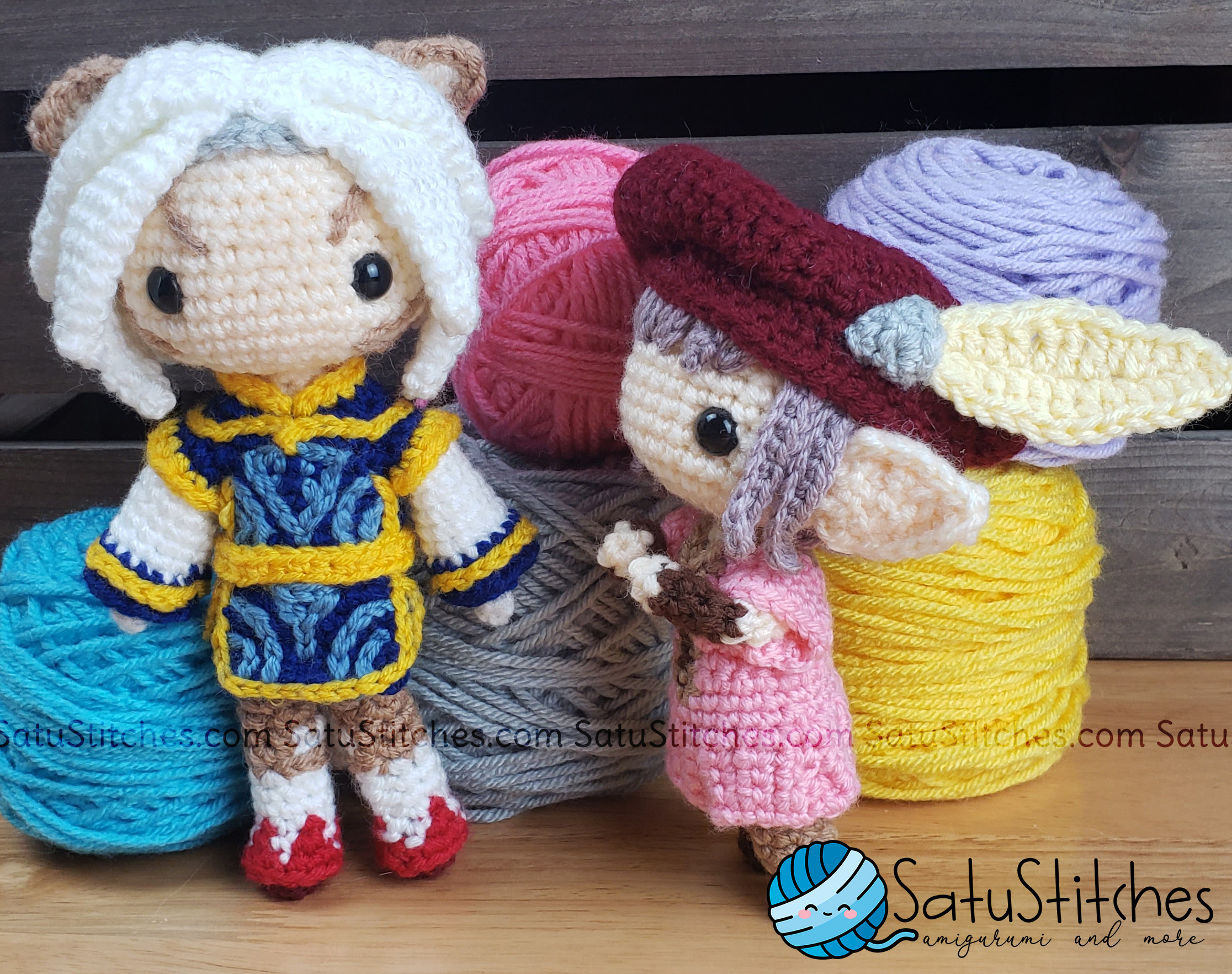 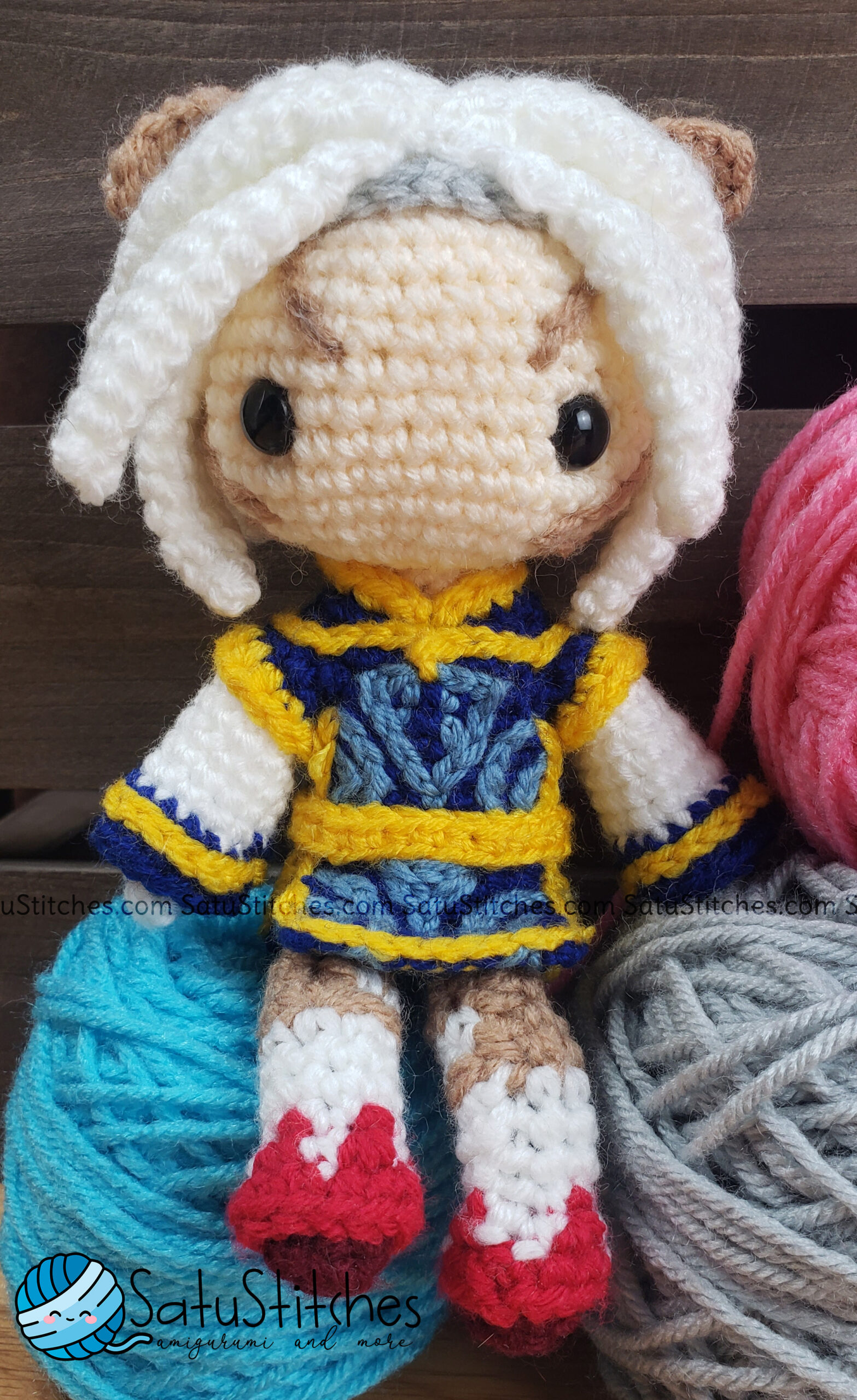 Patreon isn’t going away. Thank you everyone that has contributed to it, it has paid for the upkeep of the site so others can enjoy the patterns too. I will be removing all Patreon patterns. They’ll be available for purchase through my Gumroad in packs and they will no longer be available on Patreon. We will not be going back to the releasing of a pattern every month. Any free pattern I create will be available in PDF format for Patrons that month only and then it will be removed. Any premium patterns will be available at a discounted price for Patrons that month only as well.

I have been working on figuring out a way for Patrons to have an ad-free viewing experience on my site, but that so far has been filled with bugs. I will be working on this, but I’m no programmer so I am at the mercy of others in this instance.

I don’t see some patterns..

I updated a few patterns. My Fat Chocobo has a new beak. The Mandragora has a smoother transition from legs to body; same with the Tonberry with his body and head. Teemo’s nose has also been updated to give him that adorable pointed snout. A lot of the Patreon patterns I released on the site are now available for purchase through Gumroad in packs. All of my Sackdoll patterns have been moved to Gumroad as well.

So currently we are in the middle of a move! We just bought a new house and it was everything that we wanted. We really lucked out with the current housing situation, which is thankfully slowing down for others. We are now waiting on renovations such as new carpet, painting, etc. My new office is filled with boxes and all of my yarn is tucked away so that when we do get carpet I don’t have to repack everything. Crossing our fingers for next month. I really wanted to do a video explaining everything, but I don’t have anything set up. I also have been procrastinating the website move and I don’t think I should wait any longer.

I’m not sure if you’ve bought a house before, but let me tell ya… It’s a whole lot of “hurry up and wait.” You have to rush and get things done immediately and then wait patiently for the next step where you rush and get things done immediately again and well rinse and repeat. It seems silly to wait until next month to move everything over just to have the pretty video and pretty pictures. I wont be able to take pictures of any new patterns I make until next month… because well pretty does matter there haha. Other that I have so many fun things planned for the website.

I want to have testers for my patterns that will get patterns for free to help me, but also have a section for them to promote their social media and shops. I also want to set up an affiliate service with them since I know testers love to show others what they’re working on anyway. Win-win for everyone I think.

I would love people to translate my patterns in other languages, with permission. Officially. I’ve had people do this without permission and it is so frustrating. If they had come to me first I could pay them for their work, but instead I have to file DMCA take downs.

I also want to have a way for people to be able to get premium patterns for free through a sort of gamification. So you’ll earn points through sharing my posts on social media, by commenting on the blog, by being a patron / membership, etc. This will probably take the longest to set up.

On top of all this I just want to enjoy crocheting again. And whether that means doing someone else’s pattern or making my own I just want to be happy. I’m incredibly humbled when someone recognizes one of my patterns and messages me saying they saw it in the wild. I am incredibly grateful when I receive messages thanking me for a pattern and asking when I’ll be releasing patterns again. I appreciate all of you. Thank you. 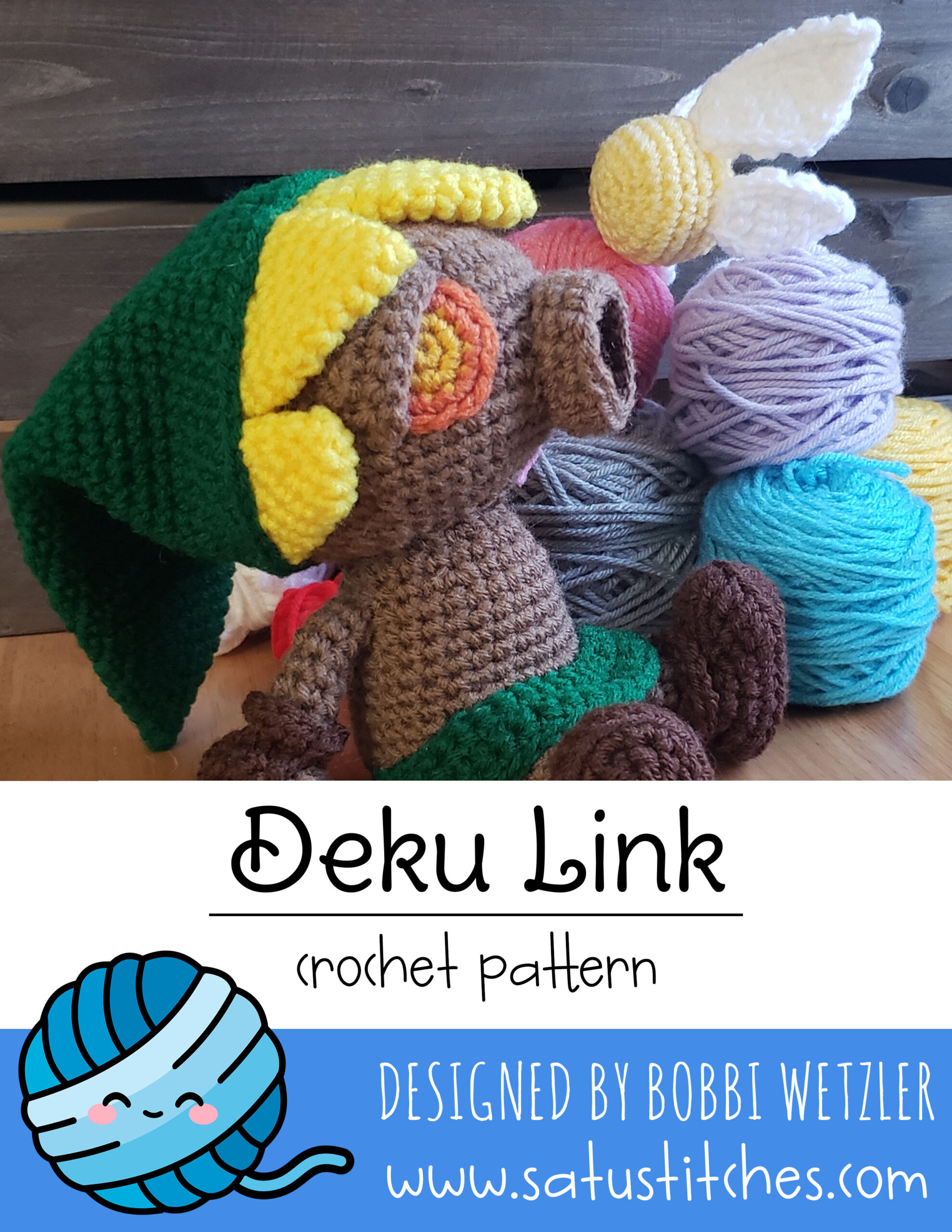 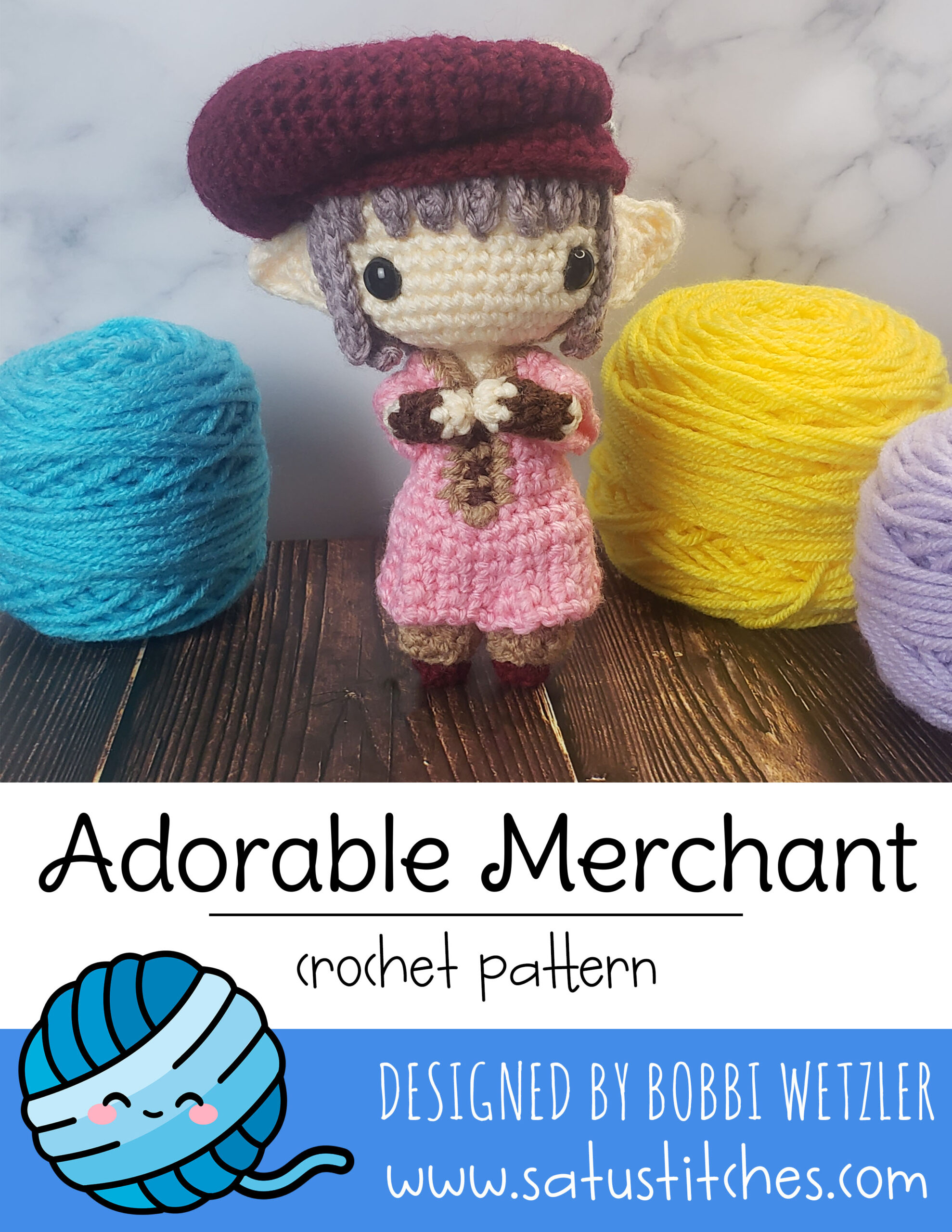 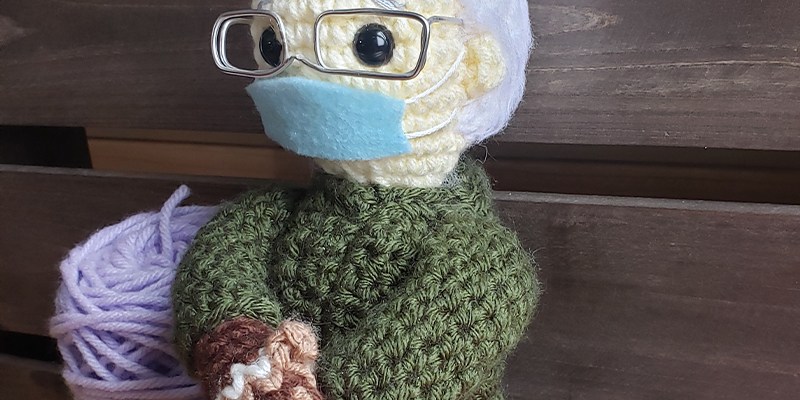 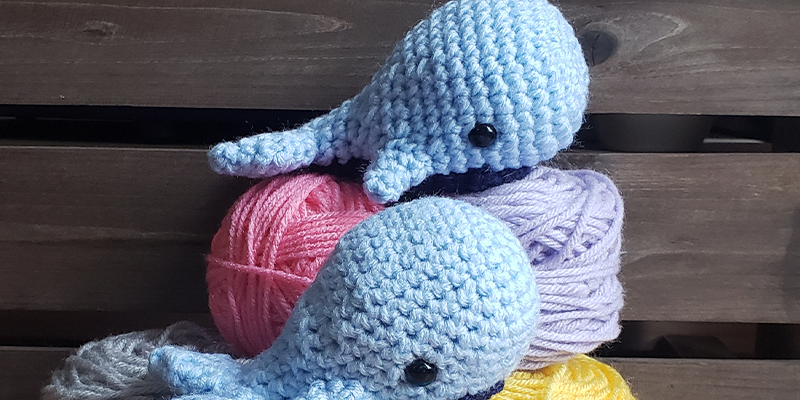 The “Wrong Side” of Amigurumi

0 Comments
Inline Feedbacks
View all comments
We are moving web hosts! Which means there may be some downtime while everything gets moved over. Much love <3 and Happy Holidays!